Nancy Wright follows up her very successful PLAYDATE! release with the smoking hot live recording Alive and Blue from the legendary San Francisco music club, The Saloon. Dripping with grease and soul, the 12-song set includes five of Nancy’s original compositions and showcases the relaxed interplay of veteran musicians.

“One of the finest tenor sax players in the country . . . Wright’s deep command of her instrument shows up on literally every track, whether playing blues, R&B, soul, or the deepest funk . . . one of spunky Vizztone Records’ jewels.”
– Joseph Jordan, Blues Music Magazine

“Emulation combined with innovation and syncopation, leading to an ovation . . . just listen to ‘Soul Serenade’ . . . demonstrates the meshed gears of this combo and the full strength and soul of Nancy Wright’s saxophone mastery.”
– Steve Daniels, Big City Rhythm and Blues Magazine

“She’s cooking on all burners with the gas high . . . killer stuff that takes that greasy sax to places you’ve only heard in your dreams.”
– Chris Spector, Midwest Record 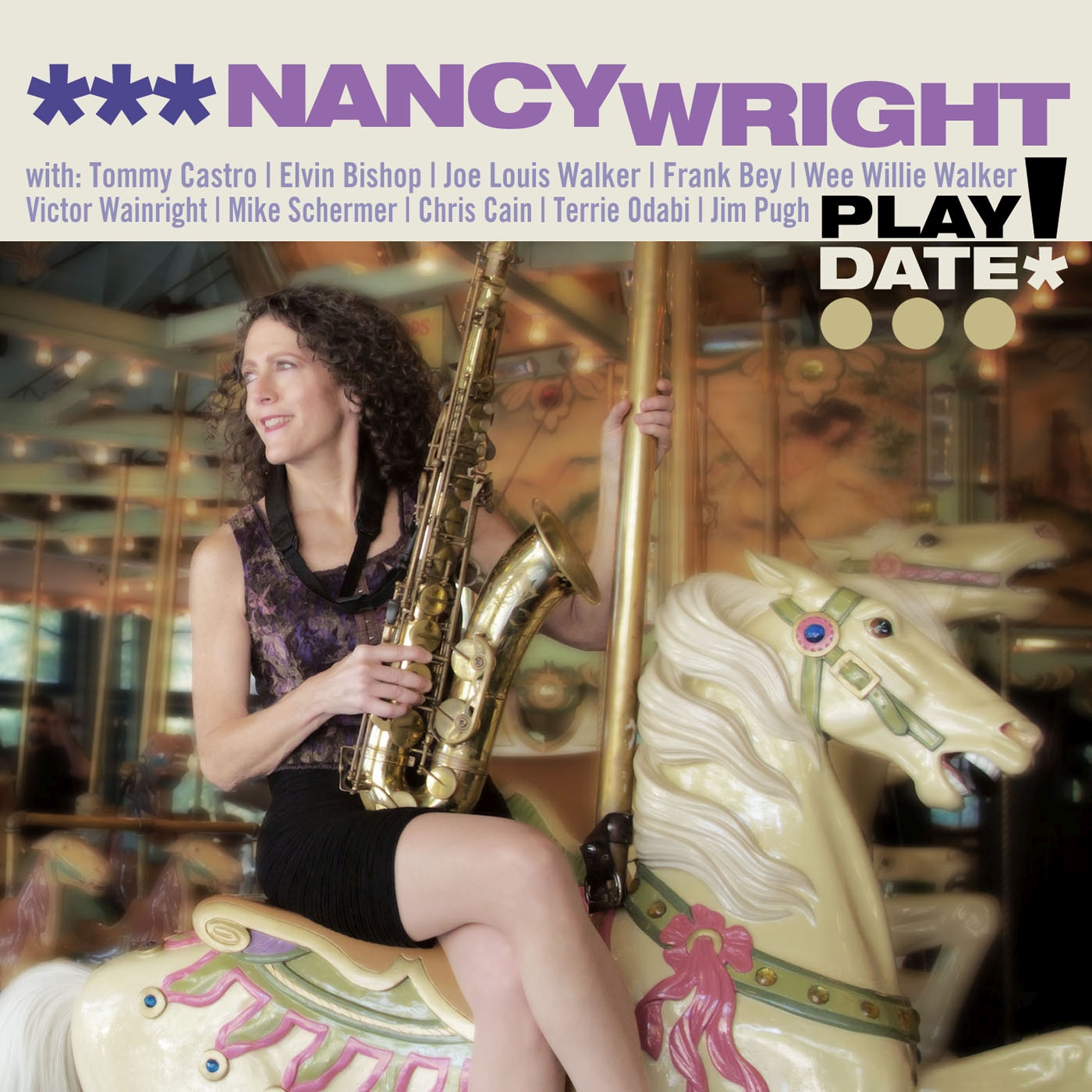 ‘There is Something on Your Mind’ has always been a defining tune to see if sax players measure up and Wright literally blows the top off, taking it out to the deep end.”
– James Nadal, All About Jazz

“Nancy Wright has a winner with PLAYDATE! Her stellar tenor sax, singing and songwriting place her right at home in the very distinguished company with which she has surrounded herself, and show her mastery of blues, R & B and swing.”
– Dick Shurman, blues producer and historian 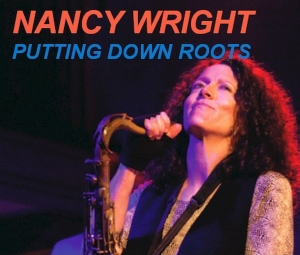 Saxophonist Nancy Wright has been blowing ‘em away on Bay Area stages for decades, but who knew she could sing like this? She’s a Junior Walker Jr. and a Bonnie Raitt blueslinger rolled up in one sweet, soulful package. “Putting Down Roots” is a major breakthrough for this accomplished, beautiful lady.
– Joel Selvin, San Francisco Chronicle

“Nancy . . . and the band have nailed PUTTING DOWN ROOTS in every way possible”
– Dick Shurman, blues producer and historian