This project took me somewhat by surprise. It was as if I was doing it behind my own back (maybe to avoid overthinking it). It’s guided by a remark Dick Shurman made about current challenges in the music industry: “Do what you love.”

Some of this music influenced me early in my career, but two songs that were new to me perhaps served as the catalyst to make this record. Friend and mentor Lonnie Mack played his unreleased demo of Been Waiting That Long as we sat together at his kitchen table last year. A few months later, while listening to a Sansu collection after Allen Toussaint’s passing, I discovered Why You Wanna Do It Devil. Even though the Putting Down Roots CD was released less than twelve months prior, I found myself headed back into the studio.

I knew I wanted to work with a producer, but was nervous about it. My trust in Kid Anderson was well-placed. The fantastic musicians selected to provide the foundation for the tracks, coupled with Kid’s collaborative, organic production, achieved the spontaneous energy of a live performance. Kid’s gentle, steady enthusiasm throughout the project was invaluable. I am truly grateful.

I also knew I wanted to invite to the project some of the amazing artists who have been part of my journey and who inspire me to keep on. I am truly blessed to know them and to play with them, and I am deeply touched by and treasure each of their performances on this CD. I hope you enjoy listening to it as much as we enjoyed recording it, and if this CD inspires you to discover the original recordings of the cover tunes, or to get to know these wonderful musicians better by attending their live shows or picking up some of their music, so much the better.

Dedicated with love and gratitude to the memory of Lonnie Mack

My heart-felt thanks to all the artists who contributed to this project. Special thanks to Stan Erhart, Robert Kennedy, Sam Lahidji, Izumi Van Cleave, Bill Hendersen, Robby Yamilov, Dick Shurman, Bruce Iglauer, the Vizztone Label Group, the Blues Community at large, and all the Blues Angels out there who give of their time and talents to support the Blues. 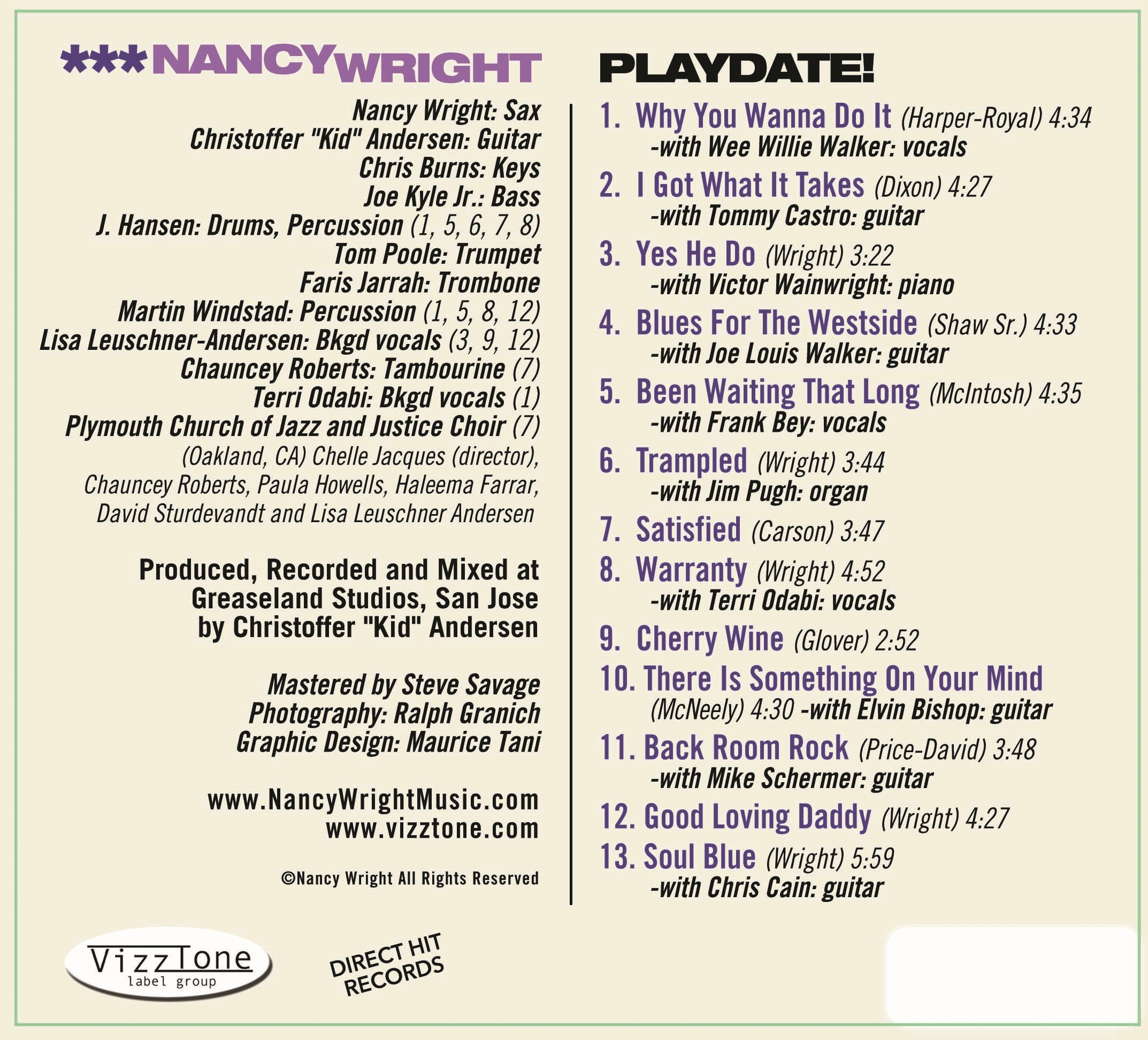